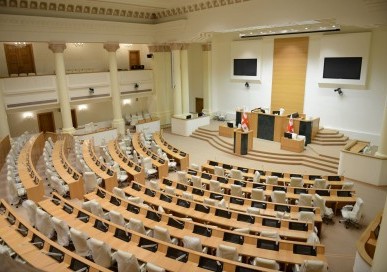 The Coalition for an Independent and Transparent Judiciary reacts to the amendments to the Organic Law of Georgia on Common Courts submitted by Anri Okhanashvili, Chairman of the Legal Issues Committee, and believes that the proposed fragmented changes are completely detached from the current reality. The new initiative does not improve the appointment process and increase public trust, nor does it address important challenges faced by the court system.

In the situation where there is a political crisis, while the court system is dominated by the influential group of judges — the Clan — the changes proposed by the ruling political party are a mere attempt to imitate a judicial reform. If the government and the opposition do not reach an agreement, such changes will have no effect on the fundamental problems of the courts.

The Coalition believes that an agreement on key issues of judicial reform should be reached within the framework of the current mediation process. In particular, the government and the opposition should first agree on a consensus-oriented rule for the composition of the High Council of Justice and the Supreme Court, which will contribute to the elimination of the rule of the Clan and weaken the government's improper influences over the system.

In addition, the Coalition considers it necessary to set up a commission to investigate the situation in the justice system, with the participation of the government, political actors, and non-governmental organizations. The commission will comprehensively assess problems of the court system, its past and political influences over the judiciary. The commission’s report will provide a foundation for the Parliament’s political resolution, based on which the dismantlement of Clan rule should be planned and carried out.

To conclude, it is pointless to discuss any procedural improvements in the absence of an agreement on these key issues, as the problems of the Georgian justice system do not originate from the lack of procedures, but from government influences and uncontrolled power of informal groups.