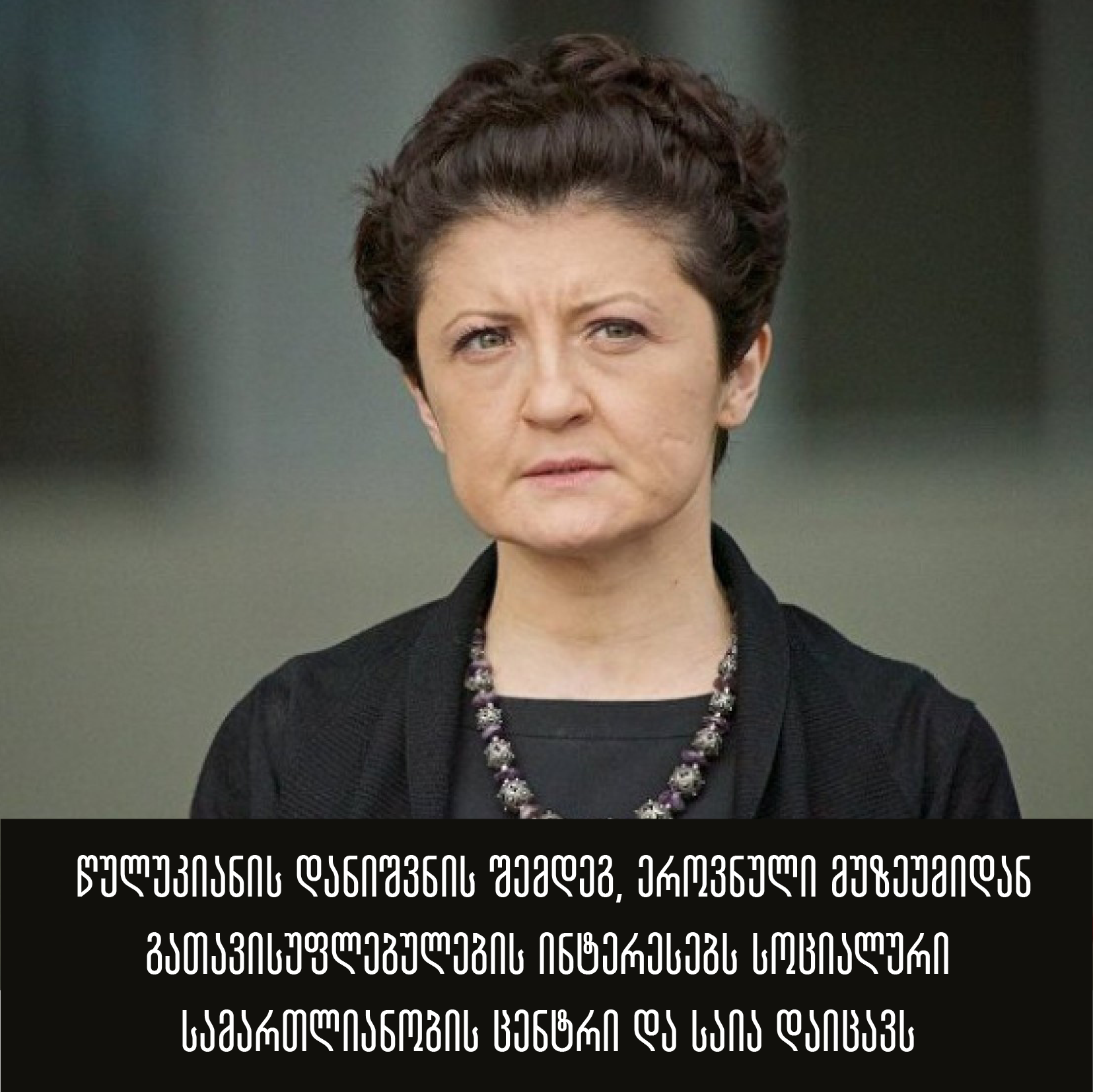 After Tsulukiani's appointment, Social Justice Center and GYLA will represent the interests of dismissed persons from the National Museum

Following the appointment of Tea Tsulukiani as the Minister of Culture, Sports and Youth, a large-scale staff reshuffle began at the National Museum and its subordinate institutions, resulting in the dismissal of 10 employees. We believe that the process took the form of removing undesirable for the leadership personnel and revealed that the purpose of these decisions is to control and censor the museum area. The interests of the two employees are represented and protected by the Center for Social Justice and the Young Lawyers Association. The organizations have already applied to the Tbilisi City Court for annulment of their dismissal, reinstatement in equal positions, and one case, the establishment of direct discrimination due to different opinions.

Eight out of ten employees were dismissed without notice or demoted to various lower positions, while two had their contracts expired and no longer extended, which we assess as an abuse of power by the employer. GYLA and the Center for Social Justice represent the interests of Ekaterine Kiknadze and Dinara Vachnadze in court. Ekaterine Kiknadze was fired from the position of the manager of the National Gallery and demoted to the position of a laboratory assistant without her consent. The probable reason for this was the fact that she said out loud different/dissenting opinions on specific issues, which led to her removal from several essential processes that were taking place in the museum. Also, Dinara Vachnadze, who used to be the head of the Tbilisi Collections Registration and Management Sector, was unjustifiably demoted and transferred to the position of an ordinary researcher. The Center for Social Justice and GYLA believe that such decisions against the plaintiffs were in gross violation of the law and the labor rights of employees.

It should be noted that Nika Akhalbedashvili, a lawyer who previously worked at the Ministry of Justice during Tea Tsulukiani's ministry, has been appointed as the director of the museum. The personnel changes were based on a new staff schedule, which was activated at the request of the newly appointed museum director, and the plaintiffs' positions were formally abolished.

The Center for Social Justice and GYLA will periodically provide the public with up-to-date information on the progress and outcome of the case.