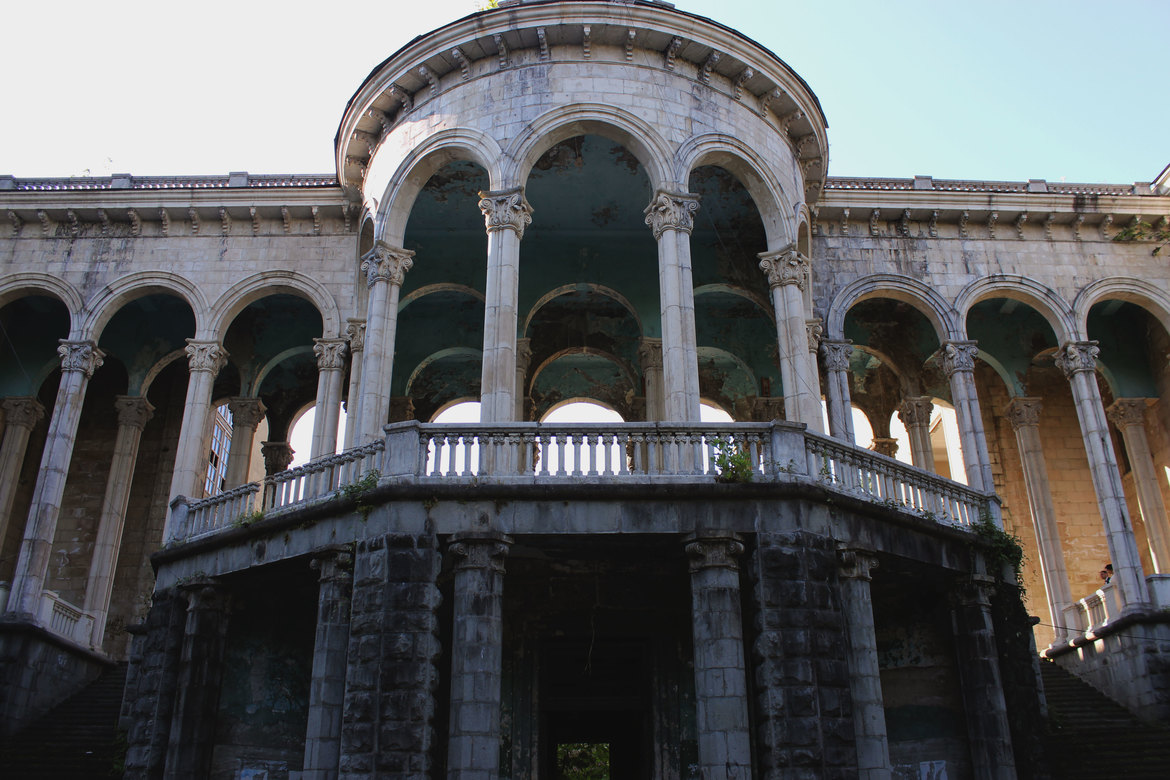 We respond to the media report about the large-scale alienation of the buildings and spaces in Tskaltubo city and consider it inadmissible to privatize the resources important to the society in the stated form.

On October 30, 2019, statement of Bidzina Ivanishvili, the chairman of the ruling party, was reported in the media, according to which, he plans acquisition of “all (22) hotels and nine baths” in Tskaltubo health resort and to rehabilitate the resort in accordance with the business plan presented by him.

First of all, it is unacceptable for us that the state does not have a strategic plan for the development of some public spaces, cities, and regions and that it sees the way of development only in the privatization of property and public resources existing there. Such an approach creates a sense of ineffectiveness of the state, diminishes the importance of the state institutions and promotes cases of unreasonable and thoughtless sale of the state property.

Precisely this approach enabled Bidzina Ivanishvili to justify urgent need to acquire recreational and balneological resources of public importance and buildings of cultural importance in Tskaltubo, by not setting up a strategic plan for the development of Tskaltubo from the state for years, to combine with the role of the state entities and to plan development of the state resources at his own discretion.

Particularly the problem is that the public interest in the process of alienation of state or municipal property in Tskaltubo is not taken into consideration. In particular, it has not been investigated how the city, region or the state will benefit from the mentioned project; whether it will continue or not and if continued-what part of the society will have the access to Tskaltubos’ healing water, recreational spaces and cultural heritage, and in general, whether the transfer of property on this scale to an individual with a political power is the only way for Tskaltubo’s development.

At present, only Tskaltubo development business-plan presented by Ivanishvili is available, which is a concept project for the construction of hotels, children’s playgrounds and pools in this area.

It is noteworthy that, a few hours after the announcement, the representatives of various branches of the government unanimously approved the mentioned initiative of Ivanishvili without critical thinking and public discussion on the possible consequences of concentrating state property at this scale in the hands of person with political power. Moreover, despite the fact that the National Agency of the State Property was planning to transfer several properties in Tskaltubo at a quite high price, the transfer of the property to Bidzina Ivanishvili for one Lari turned out to be completely acceptable for the Minister of Economy and Sustainable Development. (statement),

Procurement of the public property in Tskaltubo is not the only example of unreasonable privatization of the state property and concentration of important public resources in the hands of Ivanishvili; Instead of strengthening and improving state institutions, the leader of the ruling party, within the framework of private initiatives, combines with the functions of the state and based on his own interpretation of the public interest, determines the fate of numerous properties of public importance. A similar example of determining the fate of the property of the state is Ivanishvili’s decision to build a bypass road in Abastumani, which was justified by Ivanishvili, also by the weakness and lack of conceptual vision of the state. According to the environmentalists, the mentioned decision will destroy the wildlife of Borjomi-Kharagauli National Park if implemented.

It should be noted that the frequent cases of transfer of Tskaltubo, Abastumani and other public resources of the national importance to Ivanishvili raise a reasonable suspicion of abuse of authority and attempts to monopolize these resources.

Based on all of the above, we demand:

-The government to develop a strategic development plan for Tskaltubo, which will be based on the principle of scientific research and democratic engagement and in compliance with the general development policy of the country;

-To conduct a strategic environmental assessment for the strategic development plan in accordance with the law of Georgia on “Environmental Assessment Code” and using the best international practice; Interests of the current owners of the hotels in Tskaltubo should be taken into account in the planning and evaluation process of the plan.

-To evaluate the possibility of the privatization of Tskaltubo’s specific spaces and resources only if the broad public consensus on such a plan is approved; and in the evaluation process the urgent need to return them to the state should be taken into account after preserving the recreational and therapeutic function of these spaces and resources and a reasonable period;

-to grant a cultural heritage status to the historic buildings in Tskaltubo;

-To stop the announced process of alienation of public resources in Tskaltubo before meeting the requirements listed above.

Signatory organizations of the statement: