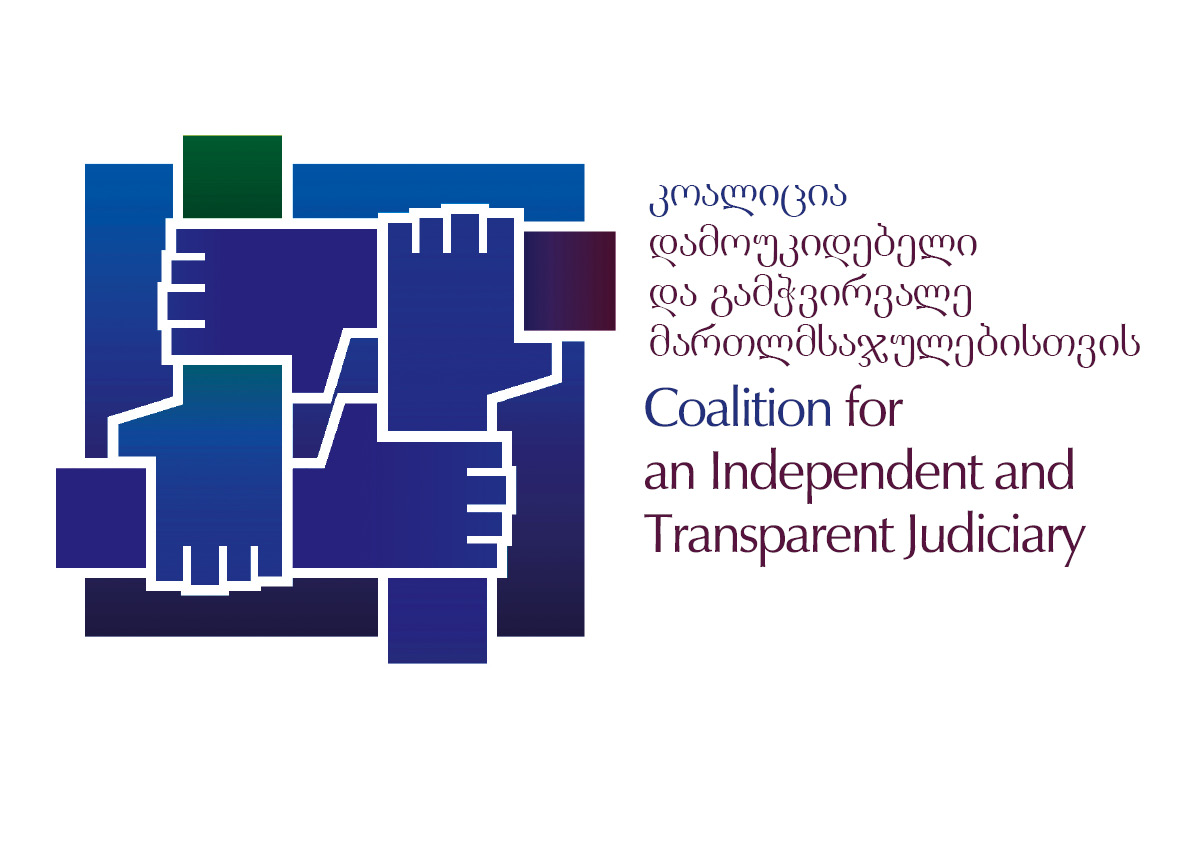 Coalition for an Independent and Transparent Judiciary is responding to Government’s decision to replace Nana Mchedilidze with Eva Gotsiridze on the list of judicial candidates submitted to the European Court of Human Rights.

According to the Ministry of Justice this change was made in response to the European Council Advisory Panel’s recommendation which concluded that at the current stage of her carrier Nana Mchedlidze did not correspond to the judicial criteria. The Ministry published the details of this recommendation despite the fact that the reasons provided in the recommendation are confidential.

It needs to be noted that the Governmental Decree on the Rule for the Selection of Judicial Candidates for the European Court of Human Rights in 2016 does not provide a procedure for such a revision. According to the Decree, if the Government selects less than three candidates, the Commission shall reopen the competition with an aim to complete the list. It needs to be noted that initially the Government did not approve Eva Gotsiridze’s inclusion in the three-candidate list.

Coalition has already expressed an opinion on the process of selection of judicial candidates and the problems thereof. In particular, our direct involvement in the work of the judicial candidate selection commission has shown us that the assessments made by the representatives of the executive branch and the governing political group did not intend to check correspondence of candidates to the qualification criteria established in the Decree. Instead, these assessments aimed to provide unconditional support for preliminarily identified candidates and to ensure their inclusion in the list to be submitted to the Government. Thus the work of the commission under this important initiative became meaningless.

The problem noted above became evident as a result of the Government’s decision to include Ms. Eva Gotsiridze in the final list of three candidates despite the fact that she had received extremely low scores from the representatives of non-state bodies (Public Defender, Chair of Georgian Bar Association, and the representative of the Coalition for an Independent and Transparent Judiciary).

It needs to be noted that Eva Gotsiridze has been a member of High Council of Justice since 2013. Despite open protests coming from civil society she supported appointment of Mr. Levan Murusidz as a judge of the Appellate Court on December 25, 2015. She said that she had voted for Mr. Murusidze because of the support coming from judiciary. The statement that she made together with other non-judge members of the High Council of Justice confirmed the doubts concerning the judicial selection process. It showed that the decisions made by High Council of Justice were not guided by the criteria established in the law. Instead, they were made based on secret agreements among the Council members.

Eva Gotsiridze was also outspoken about processes that took place in relation to Rustavi case. She argued that freedom of expression can be constrained in order to protect the justice system. Courts and media shall not have a vulgar understanding of this freedom. Gotsiridze said that she did not think the Tbilisi City Court’s decision to criticize an independent television’s editorial policy and use this as a justification for the change of the television management team was an intervention in editorial independence of a media outlet. The civil society representatives negatively assessed her statement concerning freedom of expression in the context of Rustavi 2 case.

It is regrettable to see that the Government ignored positions of civil society representatives who were involved in the candidate selection process. The process of open competition appeared formalistic, while actual decisions were based on political considerations. We believe that this approach does not correspond to the requirements established in the Resolutionon Nomination of Candidates and Election of Judges according to which the judicial selection process shall be free from political influences while selected candidates shall exhibit high professional and moral character.